Who could be more diametrically opposed to Fidel Castro, the icon of Latin American Communism? Gary Vaynerchuk, the icon of internet Capitalism. But they have a common problem all entrepreneurs can learn from.

Due to a big project I’ve been working on for the last three or four days, I have locked myself in the area of the house I call my office. My wife does not understand how I can spend hours and hours in front of my laptop, jumping from podcast to podcast, watching TED Talks, and following internet icons, such as Gary Vaynerchuk.

Gary is one of those internet celebrities that have accumulated millions of followers.

The first time I heard him talk, I must confess I was overwhelmed with the speed of his speech, especially because I’m not a native English speaker. But I knew he was speaking truth.

You can tell there’s fire in what he says. He’s amped up about entrepreneurship and how technology is changing our society.

He is definitely one of the speakers any entrepreneur HAS to listen to.

Not just because of the knowledge he shares, but because he is an innate digital innovator, in that he breaks the patterns of how people share content online.

If you can stand his eccentricity, Gary shares a truckload of entrepreneurial /marketing/tech wisdom.

If you are an entrepreneur or are into digital marketing, you probably already know who Gary is. But in case you don’t, I want to give you an idea of the audience he’s built. By the time I’m writing this he has

And because Gary is one of the people I listen to the most, I Googled to see if there was an audio version of any of the books he’s written.

I landed on Audible.com and to my surprise, regardless of the millions of people who follow him, most of the reviews on #AskGaryVee, his most recent book, were really ugly. Take a look:

So here is one of the most followed people on the planet on social media, and according to the reviews on Audible.com, most of the people who recently listened to his latest book, think it sucks big time.

Of course, being an eccentric individual, Gary couldn’t care less about those reviews. But for the rest of us mortals, reviews like these should worry us.

According to Jay Baer, the number of people who base their purchasing decisions on the reviews they read, is constantly growing.

So, even if Gary doesn’t give a f*ck (to put it in his terms) about reviews, sales of his future books could be affected in the long run by the quantity of people complaining about the products he puts out on sale.

What do Fidel Castro and Gary Vaynerchuk have in common?

By pure coincidence, the same day I found those nasty reviews on Audible.com, the ex President of Cuba, Fidel Castro passed away. It was shocking news that spread like wildfire across main social platforms.

But as much as I knew the Cuban leader had detractors, it was quite surprising to find videos of people actually celebrating his death:

Besides a couple of dictators or terrorists in the Middle East, I don’t remember the last time I saw people celebrating in the streets the death of a personality. The mere idea of the celebration of  death evokes prehistoric behaviors.

And as diametrically opposed their life philosophy is, Gary and Fidel have two or three of things in common:

All this led me to ponder on the reality that success brings friends but also detractors. In entrepreneurship and in life, skepticism is just part of the game.

Either you embrace the fact that you will be hated, criticized  or you might as well stay home and never try.

Criticism is one of the battles any entrepreneur has to fight. Deal with it. Accept it. That’s why I love when Patrick Bet-David says one of the skills Millionaires master is persuasion: the ability to convince those around you, convince even your critics, that your idea can work. The interesting thing about this battle is that persuasion starts with convincing yourself.

My Mom used to say: “The only ones that get scolded are those who dare to do something”.

Gary has haters, Fidel had haters, and guess what, if you make something relevant you will have haters as well, but only you decide whether they can stop you or not. 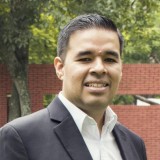